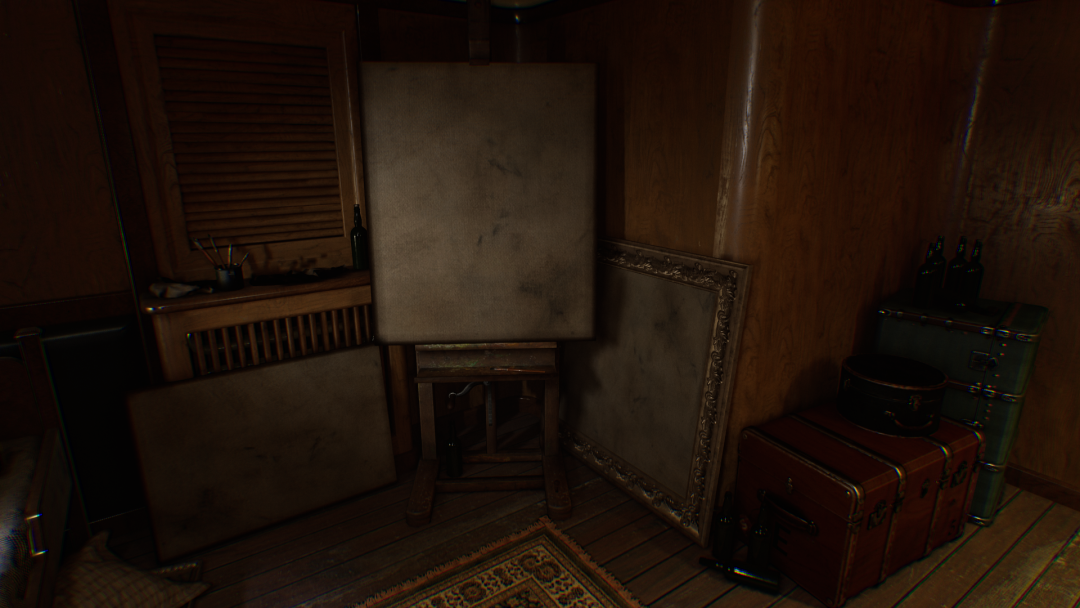 Do you recognize this canvas? Maybe that paint can and small paint brushes over to the left? If not, then you must have missed out on 2016's horror title, Layers of Fear. A small, but terrifying game about a man whose only solace in madness was found through his expression in art. But today, we're talking about  Layers of Fear 2, a loosely created sequel that, unfortunately, relies more on jump scares and chase scenes than the creepy, and most wanted atmosphere from the first title.

This is not to say that Layers of Fear 2 isn't a good game. For the setting it's given, and the story built around it, I suppose it works. The graphics are gorgeous, and even on the PlayStation 4, it has an uncapped frame rate built into it that allows the console to display its full power with this game. Running on the Unreal Engine 4, it's no secret that the game is designed beautifully, and the sounds are masterfully crafted. 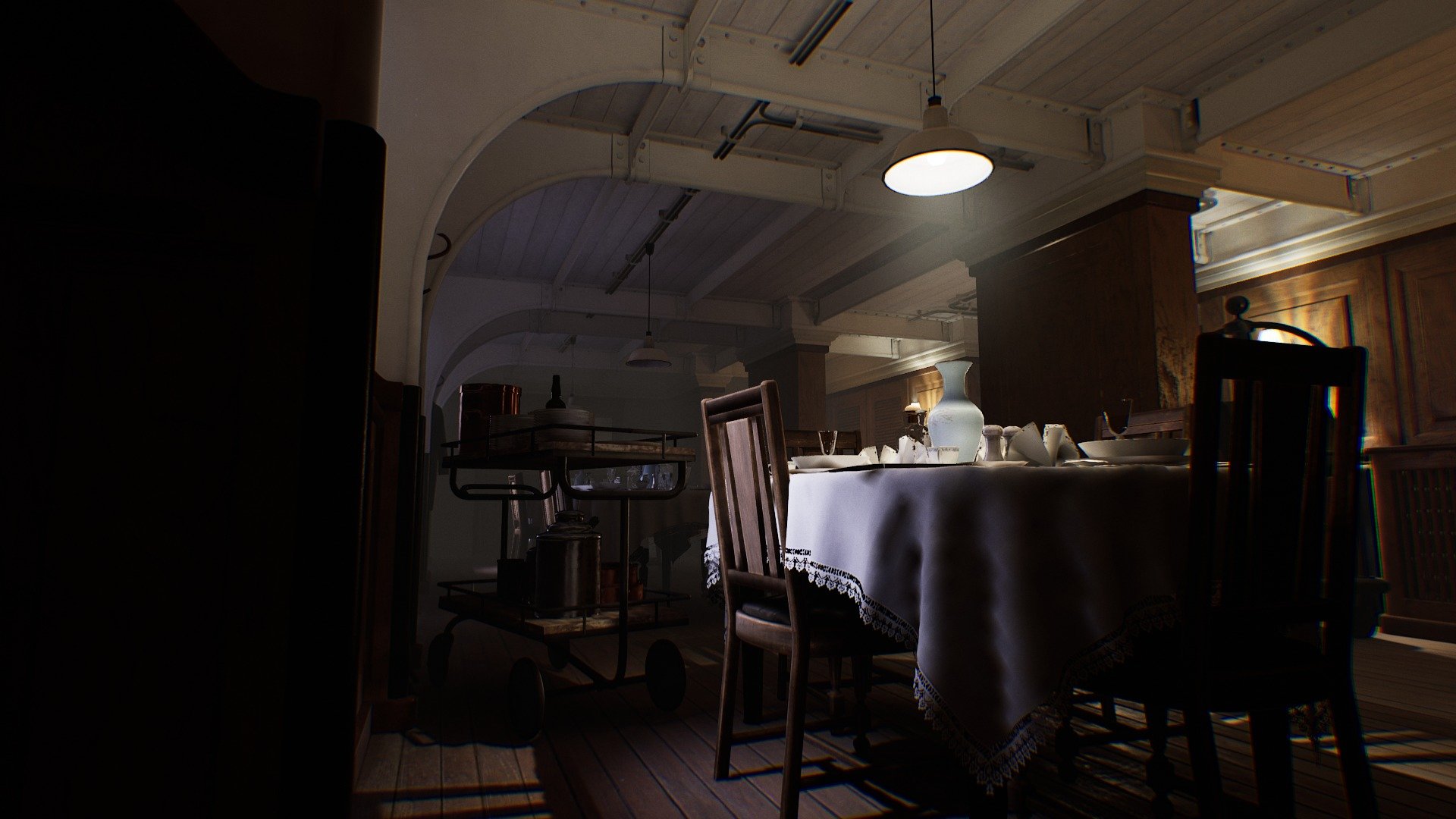 But is this enough to really make a game stand out on its own, especially with so many other AAA titles floating around this little indie game? Layers of Fear 2 is a fascinating exploration title that allows us to take the center stage as a man whose job it is to bring about his character for a movie to life. Being that the film would take place on the ship, he's staying there to ensure that he gets a feel for exactly the way everything needs to go down. He's not just playing a character, he's developing a character. But with this comes a very convoluted plot line, filled with a lot of confusion and holes that left me feeling very disconnected.

A technically solid game, with great controls, and very well written dialogue and voice acting--but if you're looking for a game filled with terror to the brim, I wouldn't go head first into this one. Most of the time you'll find yourself wandering the ship, with the scenery changing from time to time, and in a lot of ways, it's really neat the way they pull it off. Other times, you may think to yourself "Didn't I just see this room? And is it just backwards now?" Of course, that's not always a bad thing, but I feel as though Layers of Fear 2 does this far too often. Then of course, at plot forced intervals, you'll find that you're being chased by an (unknown) creature, and instead of walking, you have to run. I don't find these particular bits to be difficult, as you just simply follow a path, and reach the destination. However, I think that it does this too often to force you through the plot a little faster. 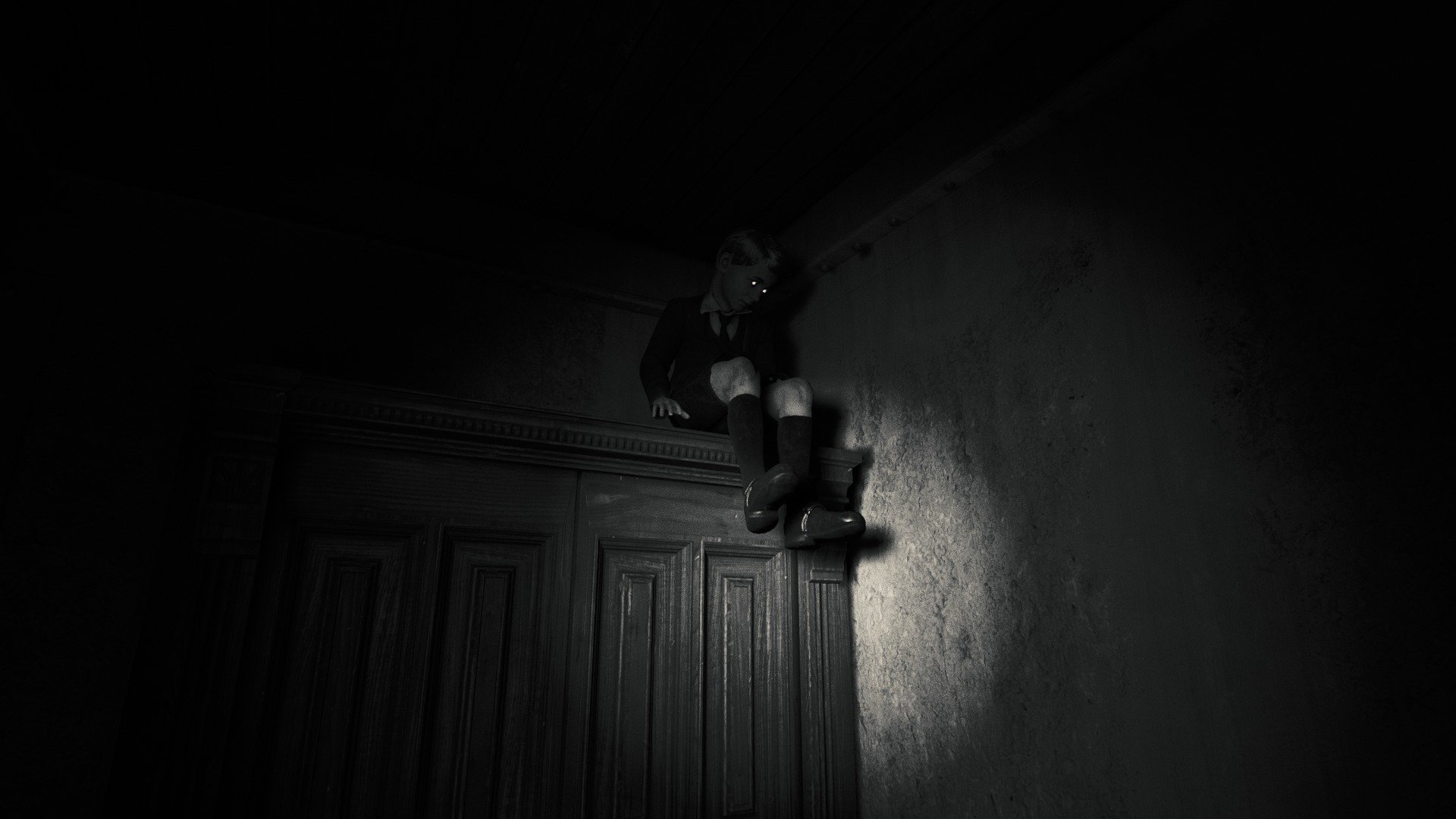 Aesthetically, the game is a marvel and a wonder to behold. There are some genuinely creepy moments in this game, and a few times I found myself looking over my shoulder when playing at night. But it also relies too heavily on the jump scare tactic as a form of fear. Not unlike it's predecessor, however; the original title found a way to keep its environment terrifying almost the entire game. After the moments of jump scares have ended, you're able to simply brush your shoulder off and keep moving. Plenty of times I found myself saying "Oh, neat. Cool jump scare" and that was it. There are some that are well placed, as you'll see while playing the game.

At its core, Layers of Fear 2 tries to build on what made the original game so incredible, but it falls flat on its face. When you use the word "Fear" in your title, there's a certain level of expectation that comes with it, and you need to live up to it. This being said, I would truly love to see them develop a third title in the series, holding up to the standard of the original game. If you haven't played it, play the original game first--hopefully you'll take everything that I've said into consideration before jumping into this one.

I enjoyed this game for what it was, but I don't intend on revisiting it any time soon. For the reasons listed above, I give "Layers of Fear 2" a 7 out of 10!

For those wanting to give the first game a try, click the link below!