The Sinking City -- A third-person investigative RPG adventure set in H.P. Lovecraft inspired 1920's Oakmont, divers find an ancient cavern underneath the city filled with statues of Cthulhu-esque demons, and they lose their minds to it. The city itself starts to see smaller violent creatures known by the locals as Wylebeasts. Between solving crimes and killings creatures far beyond your reach, this game is somewhat of a gem to the untrained eye.

If you've played the past Sherlock Holmes games, developed by Frogwares, you'll immediately feel right at home with the use of the Mind Palace system. Exploring the crime scenes around the city, you'll collect clues that will, in time, come together and open new parts of your investigation. The game doesn't hold your hand, and you're expected to solve these crimes yourself. Although, at the same time, a lot of clicking in and out of the "Mind Palace" system, and within the game's environment, and you'll solve the crimes with a beginner's effort. 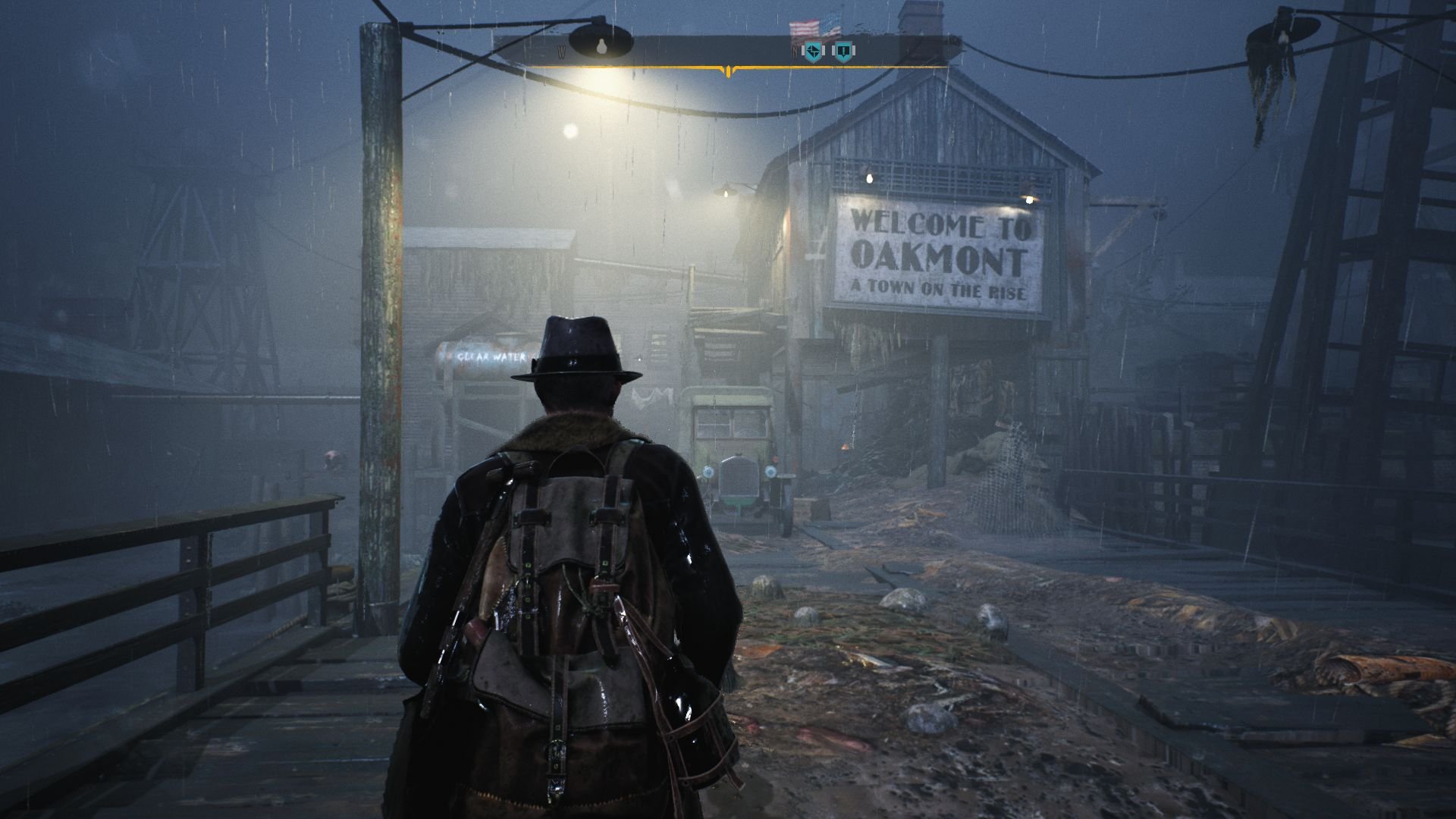 I suppose one of the worse things about this game is that the cases just aren't entirely interesting. Lots of uninteresting dialogue, and though some of the characters may seem a little neat at first, they end up pretty shallow. That's not to say that the overall story of The Sinking City is bad, but all of the in between could have been done so much better. All of the gathering Cthulhu lore carefully written into the game is fascinating if you're a fan of Lovecraft, but after you've been inside of several buildings, and notice they all start to look the same--(literally, some of the buildings are exactly the same. They use the same textures, same props, same busted hole in the wall)--and the charm wears off.

The dreary, and rainy town of Oakmont is nice to explore for a little while, but after about 10 hours of playtime, you start to feel like the character you're playing. I'm not entirely sure why developers can't exactly grasp the concept of developing a truly remarkable Lovecraft Cthulhu experience, but between this and Call of Cthulhu, I'm ready for something better.

I will say that the aesthetic is beautifully haunting, and the soundtrack is quite nice to listen to as you travel in between the city districts. I enjoyed all of the rain, and especially the nighttime settings. However, seeing the game during its daylight hours really show how minimal the graphical quality can really be. Compare the screen shot above to the screen shot below, and you'll understand what I mean. 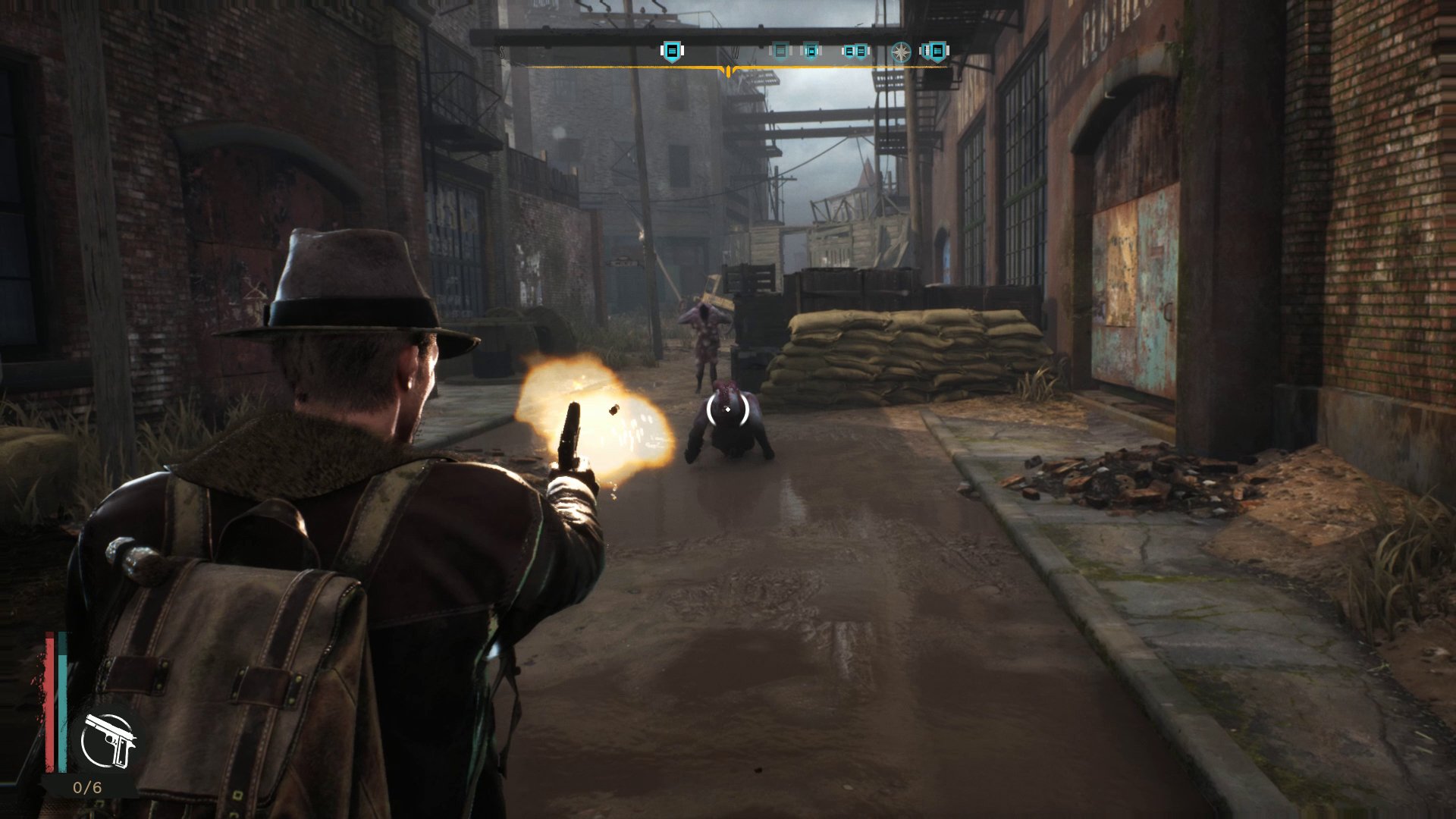 There's combat in The Sinking City, which at first, was a neat feature. I'm starting to think the game wouldn't have suffered from leaving it out altogether, though. It's very bland, very dry, and doesn't seem to try to improve on anything in past third person adventures we've played. The worst part is that it actually takes a few steps backwards. I really wanted to love this game, as I'm deep into the works of Lovecraft and thought this would be the perfect adventure for someone like myself, as it certainly started that way. I will say that despite how uninteresting some of these investigations can be, there's plenty of content to be had. For a game like this, that's a great thing. Learning who you need to talk to, picking the right dialogue options, opening new webs of discovery--all the right pieces were put into play, but not used the way they should have been. Placing waypoints to make your way from here to there, hoping you'll find something new, only to find a building full of Wylebeasts that you're not prepared to take on, can ultimately send you packing until you're ready to return at a later time. 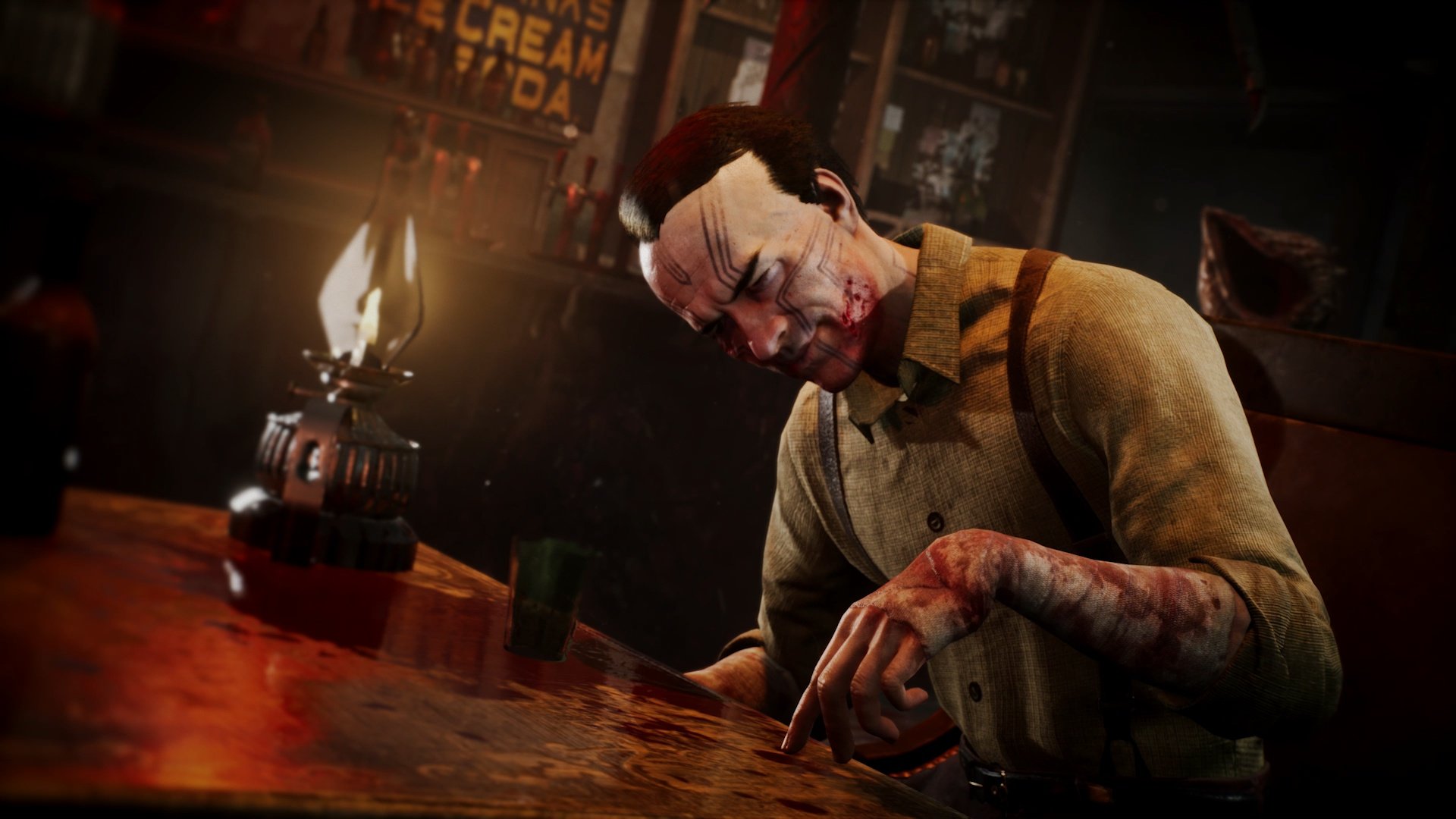 Overall, The Sinking City isn't necessarily a terrible, or even a bad game. But it's certainly an acquired taste, and requires a lot of patience to sit through. I did finish this game, and would like to actually play its expansion at a later time. For now, I think I'll stick to Vampyr for my investigative and combat needs as far as a game like this is concerned. For the reasons above, I give The Sinking City a 6 out of 10.