With Beautiful graphics, good voiceovers, and solid RTS (Real-Time Strategy) - which turned out to be pretty fun for a guy who doesn't like RTS games; Conan Unconquered is a decent add to your game collection. Pay attention to the little bits of humor the soldiers add with their cheers. Comedy gold, I tell ya.

I tend to eyeroll through most tutorial sequences. Conan Unconquered throws you into the fray after essentially pointing to the hints button and setting you loose. In case you missed it, the hints button is stunningly important, especially if you aren't into reading until your hovel is on fire, like me.

I've labeled the image above based on the level of importance of the hint button. If you'd like to watch me get confused, swamped, and eventually triumph (which happened while twitch decided to disconnect), check it out here. I swore a lot, but had a pretty good time.

The controls are pretty straightforward, with one exception noted below. I found the construction and research to be fairly intuitive, and was able to put together a winning tribe fairly quickly, as a new player with limited RTS experience. 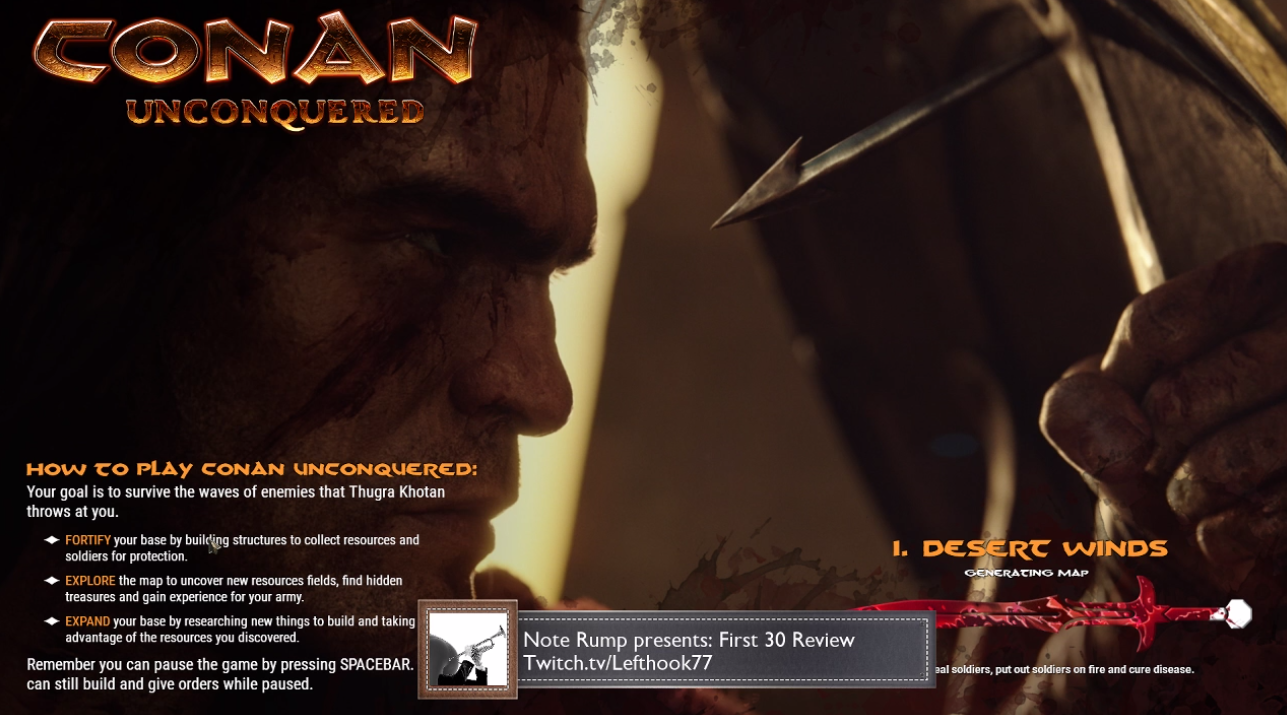 If you don't use the hint button, you won't realize that the "work, work" workers (see Warcraft III) aren't present. You have fighters that you control, but the devs have removed direct control over the resource minions. This is also a bit of a "Pro", except that you lose some granularity and, for a guy who's leaning heavily on the material they're paying homage to (Warcraft III), it is pretty confusing at first. Again... see the hint button. 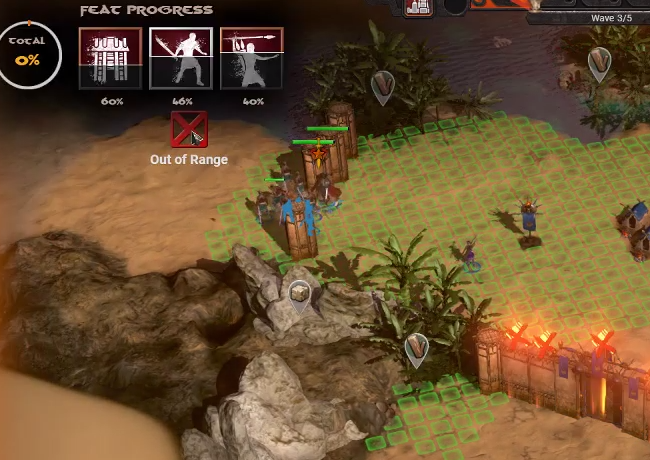 Also of note... I was unable to locate a button to gather all my troops at once. If there is one, please point it out in the comments, as I probably wasted a third of my time playing just trying to herd all of my little militant he-persons toward a nest of murderers. I also had several soldiers who sat and watched their comrades get burned and pillaged, within yards of them as they emerged from the training grounds. As to the level of difficulty... I selected "easy" thinking it would be a walk in the park, but that was decidedly not the case. I took a pretty thorough beating, and nearly lost the whole game right at the end - but I can't say the challenge wasn't fun.

In total, it's a solid game that I enjoyed and might revisit, if only to crush my enemies, see them driven before me, and hear Conan gripe and cheer as the battle evolves. 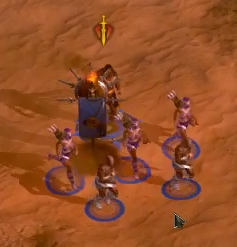